And Preparations For War

The Aboriginal people who lived in this land for many thousands of years belonged to small groups (territorial clans) through which they were spiritually related to specific tracts of land.  There were about 29 clans in the Sydney metropolitan area – the Gadigal is one of these clans.  They are the traditional custodians of the country which encompasses the Centennial Parklands which include
Moore Park, Centennial Park and Queens Park.

As the settlement of Sydney began to develop it became necessary to set aside common land on the outskirts of the town.  On 5 October 1811, Governor Macquarie proclaimed the 490 acres to the south of South Head Road as the Sydney Common, for use by the public.

Centennial Parklands and the part that is Moore Park, and surrounding encampments, played an important part in the preparations for the war.
In the late 19th Century the Paddington Rifle Range was moved south, near to Maroubra Junction, because of the dangers to an ever-growing population in the eastern suburbs and to those using the newly-completed Centennial Park.  This meant that Moore Park and Centennial Park now provided large open safe places with room for camps and space for conducting exercises - ideal for preparing men for war.
Furthermore, Victoria Barracks, where many of the volunteers applied to join up, were opposite Moore Park to the north.

It is hard to imagine that over 100 years ago, between 1914 and 1919, Moore Park was a hub of intense and varied activity as men, who responded to the call-up to join the Australian Imperial Forces (AIF) in the World War One, were brought to various depots and camps radiating from Moore Park to train and prepare for war.

‘When the war began in 1914, the Defence Act 1903 (Cwlth) prevented Indigenous Australians from entering military service.  Most recruiters rigidly stuck to the rule in their military recruiting handbook:
Aborigines and half-castes are not to be enlisted.  This restriction is to be interpreted as applying to all coloured men.’

Despite laws which meant they weren’t even recognised as citizens in their own country, more than 1,000 Indigenous soldiers managed to sign up to serve with the Australian forces in World War One.

The Centennial Parklands, along with surrounding camps were used for conducting military exercises, training and parade drills.  Moore Park was used for exhibitions of trench warfare (MPK-01(d) for visitors and for passing out parades preceding departure. 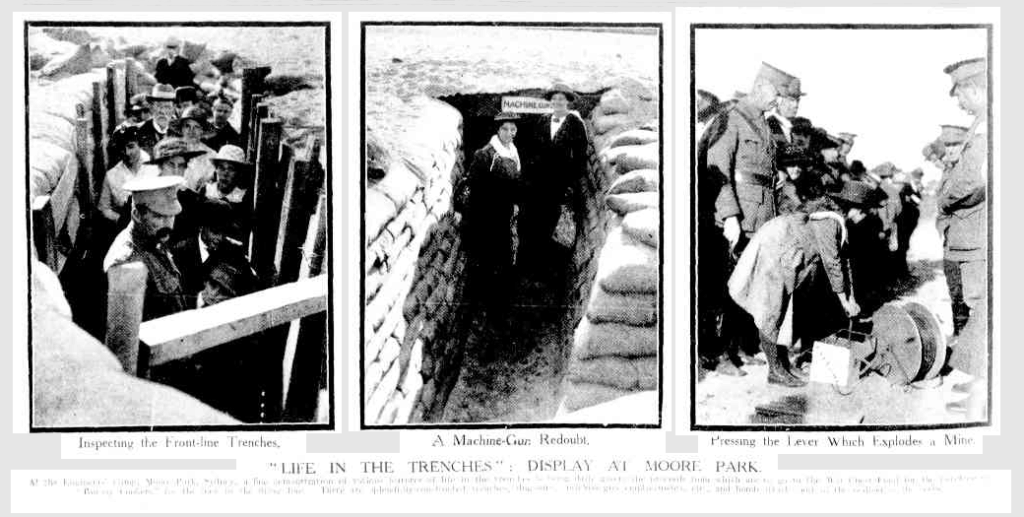 The Showground Camp was on the site of the Royal Agricultural Society of NSW (RAS) in Driver Avenue, Moore Park (part of which is now the Entertainment Quarter).  It was the scene of intense activity and ‘…. was occupied by cavalry, artillery and transport at different times and large numbers of army horses were stabled and broken in there.  Men came from around the country for special courses or officer training.  Most of the servicemen, however, were in transit –   departing to or returning from battlefields.’ 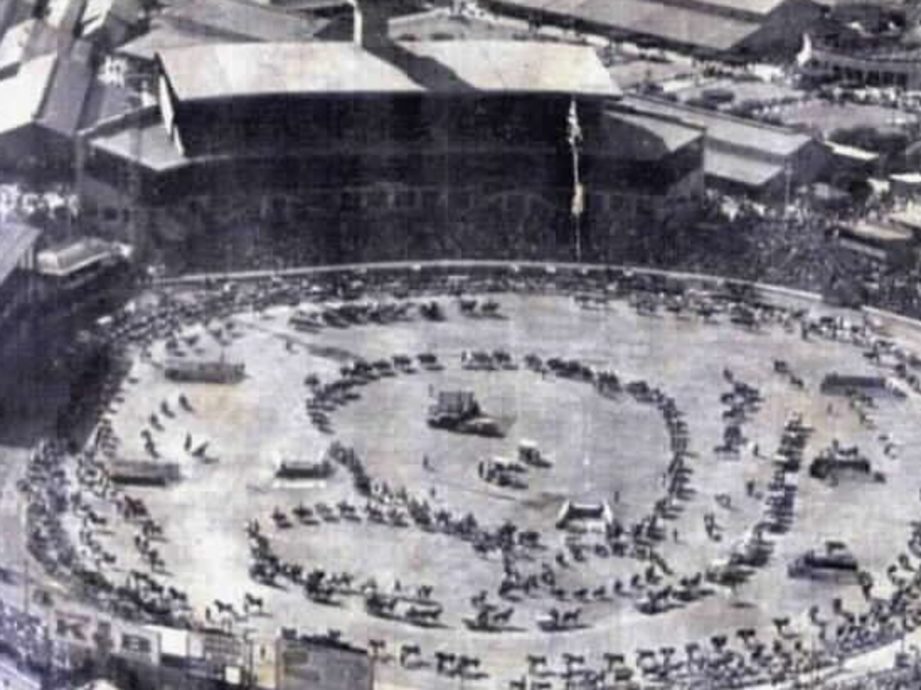 There were several camps where troops were billeted including the Showground Camp mentioned above. Training happened across multiple sites, including Moore Park Camp, Randwick Racecourse, Kensington Racecourse (now the University of New South Wales,) Rosebery Racecourse and the Malabar Mobilisation Camp.

There was also training at The Randwick Barracks Rifle Range (Need a photo and number on map) (now part of Randwick Environment Park) and the Malabar Mobilisation Camp (now the Anzac Rifle Range). There were daily exercises around the camp sites and troops went for long route marches through surrounding suburbs and the city.

Wherever the troops exercised, trained and were billeted, they assembled at Moore Park for troop reviews, to give displays for the public and to be farewelled prior to departure.